IMPORTANT: This post is specific to New Zealand. If you are not a New Zealand business/taxpayer then it is probably not applicable to you.

After the government increased the minimum wage rates earlier this year, it made a further amendment to the Minimum Wage Order, issuing a new fortnightly rate. The fortnightly rate is $1,140 for adult employees and $912 for starting-out workers and trainees. If you’re an employer already fully compliant with minimum wage requirements and your employees’ hours don’t vary from week to week, stop reading here. For you, nothing has changed.
Some farmers have had difficulties with minimum wage compliance as farming hours vary considerably over busy periods such as lambing and calving through to quieter periods. Traditionally many have agreed with their employees to average wages out over quiet and busy periods so employees have some certainty about their income. Two recent cases, followed up by a Position Statement from MBIE, have made it clear that such averaging breaches the Minimum Wage Act unless an employee receives at least the minimum wage relevant to his or her basis of payment: hourly, daily, weekly and, now, fortnightly. The fortnightly rate applies to anyone paid on that basis or on the basis of a longer period, so it applies to those on annual salaries.
This means that, for employees on an annual salary, the longest period over which an employer can average an employee’s wages is a fortnight. If, during a busy fortnight, employees have worked more than a total of 80 hours, you’ll need to pay them at least $14.25 (at current rates) per hour for each hour over 80. Since farmers often use fortnightly rosters, this represents an improvement over the necessity to limit the averaging to the period of one week (the maximum averaging period permitted before the law change).
Talk to us if you think this affects your business. 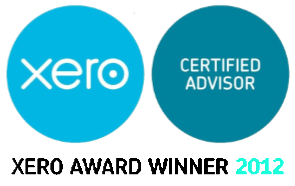